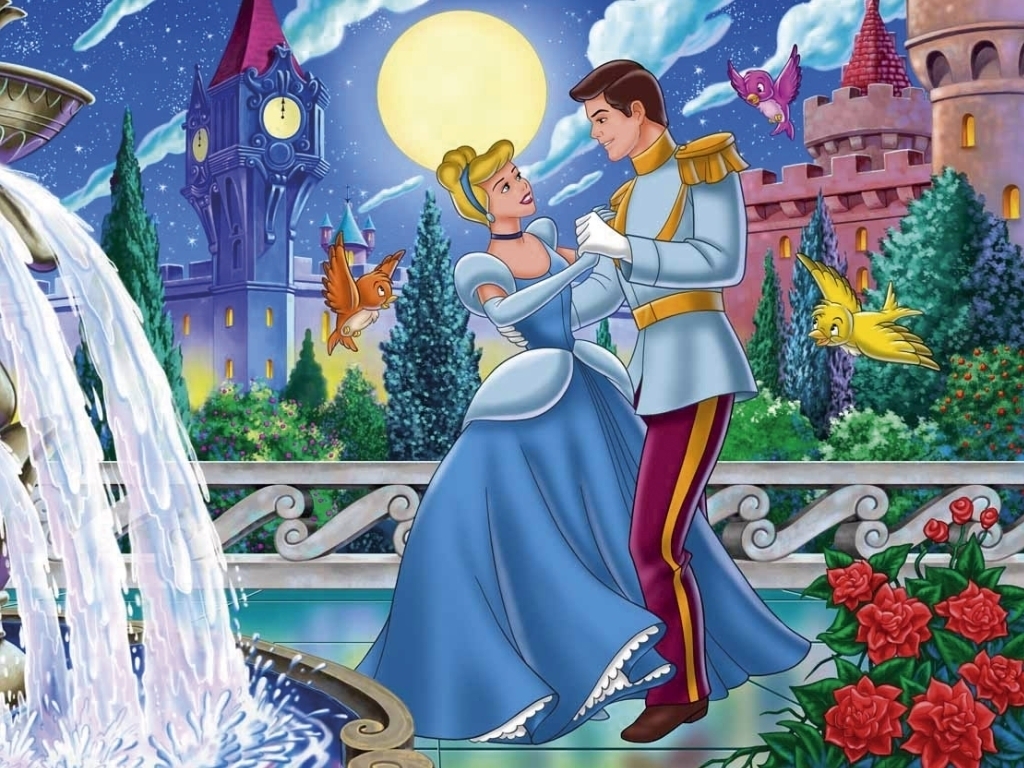 A lot of girls grow up thinking that a Prince Charming roams the skies and the plains just waiting for that special moment to zoom into their lives, snatch them up and carry them away from a world of shrouded gloom to one of white, wedded bliss.

When girls flower into womanhood, they are always a bit shocked to discover they are Cinderella or Snow White, and the man they thought was Prince Charming really turned out to be Prince Clod.

Marianne had lived a life like Cinderella, sweeping parking lots for a dollar at age eight, trying to provide for herself and her baby brothers as her mother lived daily tackling a mental illness. When she had just passed her teen years, she met the man she thought was her Prince Charming.

She met him where she was a waitress, and he enthralled her. A musician with a successful band, he seemed to have the widest, most endearing eyes when he spotted her. And why not? She looked as sweet as Cinderella, blonde-brown curls, emerald green eyes and a face that echoed of innocence and love, which was really the look of an awestruck teenager.

All Marianne could think was: He loves me. He loves me. He loves me.
And this was true at the time. With the speed of a stallion, the man grabbed her up in his arms and carried her off to marriage. Everything was perfect as far as Marianne was concerned. She had a nice home and enjoyed watching her husband play in his band. She felt loved and adored for the first time in her life. Move over Snow White. Here she comes. And she was about to have a baby.

She didn't know about the other women.

The two were also ill-fated in another way. They had not only wedded each other, but they wedded their recessive genes. When her first son, Loren, arrived, Marianne knew something was wrong. He didn't respond to sound. For a year, Marianne struggled and consulted with doctors who told her nothing was wrong.

But finally a specialist announced that Loren was deaf and that there was nothing she could do. She sobbed for the first two years of Loren's life while her husband kept saying that their son was just fine.
Doctors assured them that another child wouldn't suffer such misfortune. But when Lance was born, they soon learned the newborn was deaf, too.

The walls of their already strained marriage, which stood on a young girl's fairy-tale dreams, cracked, but they caved in when Marianne grew angry that her husband didn't want to learn to communicate with his two sons.

He left that to her. She learned sign language as quickly as possible. Her husband wasn't interested. When he talked to the boys, he treated them like they were dogs, patting them on the head, barking out a word or two.

She took her sons to her husband's parents' house. His parents ignored the kids.

She took her sons shopping. Clerks gasped when her sons made grunting sounds. And now, she knew about the other women. Sometimes her husband didn't bother to come home. Her friends quit calling her and Marianne felt a biting loneliness.

The stress and the loneliness began to destroy Marianne. She sucked down alcohol like it was water. She fed and clothed her sons, put them to bed, but refused to leave her home. She thought about slashing her wrists.

"Imagine, when your friends and your own family don't bother to want to learn to communicate with your sons," she explained. "You don't have to know sign language. Kindness is a language. We all understand it. When you see a child like this, don't act shocked. Don't gasp and walk away. The message you send to a child is: 'My God, you are a freak.' Reach out your hand and smile."

Smiles, hugs and kisses are what saved Marianne's life. Lance and Loren's eyes were pools of adoration and love-a true love. The type Marianne had never experienced in her life.

It became apparent to Marianne that she could squander her own life away with alcohol and panic attacks, but she couldn't waste her sons' lives like this. She buckled down and went back to school to earn a high school degree. She got a job with an insurance firm and saved her pennies.

The better she felt about herself, the prouder she grew of Loren and Lance. She started bringing them to visit with her coworkers, who showered them with kindness. It was time for her and her boys to leave their house, cut ties with the father and move on with their lives.

One day, her sons came with her to work, and when she walked into the office of the insurance manager, a man named Eric, she found Loren sitting on his lap. Eric looked up at her, and the skies began to tumble. He said these simple words: "I feel like an idiot. I'd love to talk with your son. Do you know where I could go learn sign language?"
Marianne thought she would faint. Not a soul had ever asked her before if they could learn to communicate with her sons. She was shaking inside as she explained to Eric that if he was really interested, she knew where he could learn. It seemed better not to believe him, but he showed quickly he wasn't kidding when he enrolled in the class and began to sign words of hello to her in a few days.

When the kids came in, he took them for walks along the pier near their office. Often she went along and watched Eric, who was becoming a master of sign language, talk and laugh with her boys as no one else had before.

And each time her sons saw Eric they brightened like the sun and stars in the sky. She had never seen them so happy. Her heart twitched as though it were being strummed. She began to fall in love.

She didn't know if Eric felt the same until they left work together one evening and took a stroll out on a pier above the Pacific Ocean. He signed to her that he was in love and wanted to marry. Marianne's heart danced with joy.

The couple moved into a small town and opened up a thriving insurance business. They had two more children, Casey and Katie, neither of whom were born deaf, but both learned sign language before the age of five.

And at the happiest moments of her life, Marianne would wake up in the middle of the night, her ear burning in pain, and begin to sob. Her behavior was inexplicable because she couldn't think of a time when she felt more loved or happy.

Eric would run his hands across her hair, hold her chin and ask her what was wrong. All she could say was: "I don't know. I don't know." He held her for a long while. Weeks went by and Marianne continued to wake up sobbing.

Then, like a lightning bolt, she woke up knowing the answer.
She cried to Eric, her "knight in shining armor," that she wasn't doing enough to help deaf children in the world. She was supposed to help them find their place in society. She was supposed to teach the world how to communicate with these children.

Eric wrapped his arms around her and said: "Let's do it."

Together they formed Hands Across America- "It Starts with You"-an organization that encourages the public to learn sign language and has started making educational videos that use both deaf and hearing children together.

So if you ever have a chance to talk with Marianne and ask her if there is any truth to fairy tales like Cinderella and Snow White, she'll probably say she's learned a lot about such stories in her lifetime.
She's likely to say: "There sure are a lot of Prince Clods out there. But there sure are some Prince Charmings, and there are really a lot of Cinderellas, too."